If you live in the Phoenix area, you’re no stranger to heat. When you live in this type of super-hot environment, you need an air conditioner that is going to cool your home efficiently, without breaking the bank. While the exact unit you purchase will be influenced by a number of factors including the size of your home, the condition and layout of your ducts, and the microclimate your home is in, there are a few ways you can help ensure you get the best AC unit for the job.

Tonnage refers to the amount of cooling power your AC unit has. One ton is equal to the cooling power of one ton of ice over a 24-hour period. For a long time the popular train of thought was this: in areas like Phoenix, more tonnage meant a better cooling system.
In reality, too much tonnage for your house causes several problems:
• Over-large units wear out faster and need more maintenance than smaller units
• Over-large units do not run long enough to remove humidity from the air
• Over-large units use far more energy to cool the same area than a smaller unit does
With the latest energy efficient units on the market, the general recommendation for people living in super-hot areas like Phoenix is that if you are replacing your unit, you can probably opt for a new one that has 20% less tonnage than the old model. In fact, you probably won’t notice any difference in performance by lowering by half a ton, but you will notice a change in your energy bill.

In Phoenix, it’s safe to say your AC unit is probably running quite a bit, and therefore drawing a lot of energy. By purchasing an energy efficient unit that has a high SEER (Seasonal Energy Efficiency Ratio) rating, you’ll be able to use a smaller unit and save money each month on your energy bills. AC units used in extreme heat areas have to battle the heat they produce, and the heat outside them to function properly. An energy efficient unit won’t heat itself up too much to function, and can still battle the temperature outdoors.
If you’re looking for the best value, opt for a unit that has a SEER rating somewhere in the middle; it will cost less upfront, while still providing enough of an energy reduction that it will pay for itself in just a few years.

If you’re looking for a new AC unit in an area with extreme heat, consider getting one that runs with a programmable thermostat. Most people think that when they leave the house for work in the morning, the best thing to do is to shut off the AC unit to save money on energy while they’re away. Unfortunately, that means that the house heats up in their absence, and when they turn the unit on again after returning home, it has to work twice as hard to get the temperature back down, using even more energy than if it had been left on all day.
By using a programmable thermostat, you can instruct the AC unit to raise the temperature in the house a few degrees while you’re gone to save energy, but the house doesn’t grow so warm that the AC unit has to undo the savings to make it comfortable again in the evening. Since most programmable units let you program up to a week at a time, you never have to worry about going out and leaving it running – or not – when you haven’t thought to adjust it.

Finding the Best Unit for You

The best way to find the best AC unit for you when you live in an oven-hot area like Phoenix is to call on a trained technician to visit your home. They’ll take a look at your duct work, the size and layout of your home, and the microclimate around your house. The evaluation will enable the tech to make the best recommendation for an AC unit that will give you the best performance. In the end, that’s everyone’s goal.

Previous
How Do Air Conditioners Dehumidify?

Next
How Much Attic Insulation is Recommended?

Effects of a Dust Storm on your A/C

Benefits of A New AC Unit 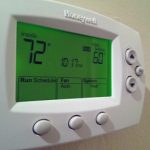 What Are Programmable Thermostats, and What Are Their Advantages? 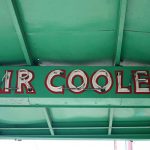